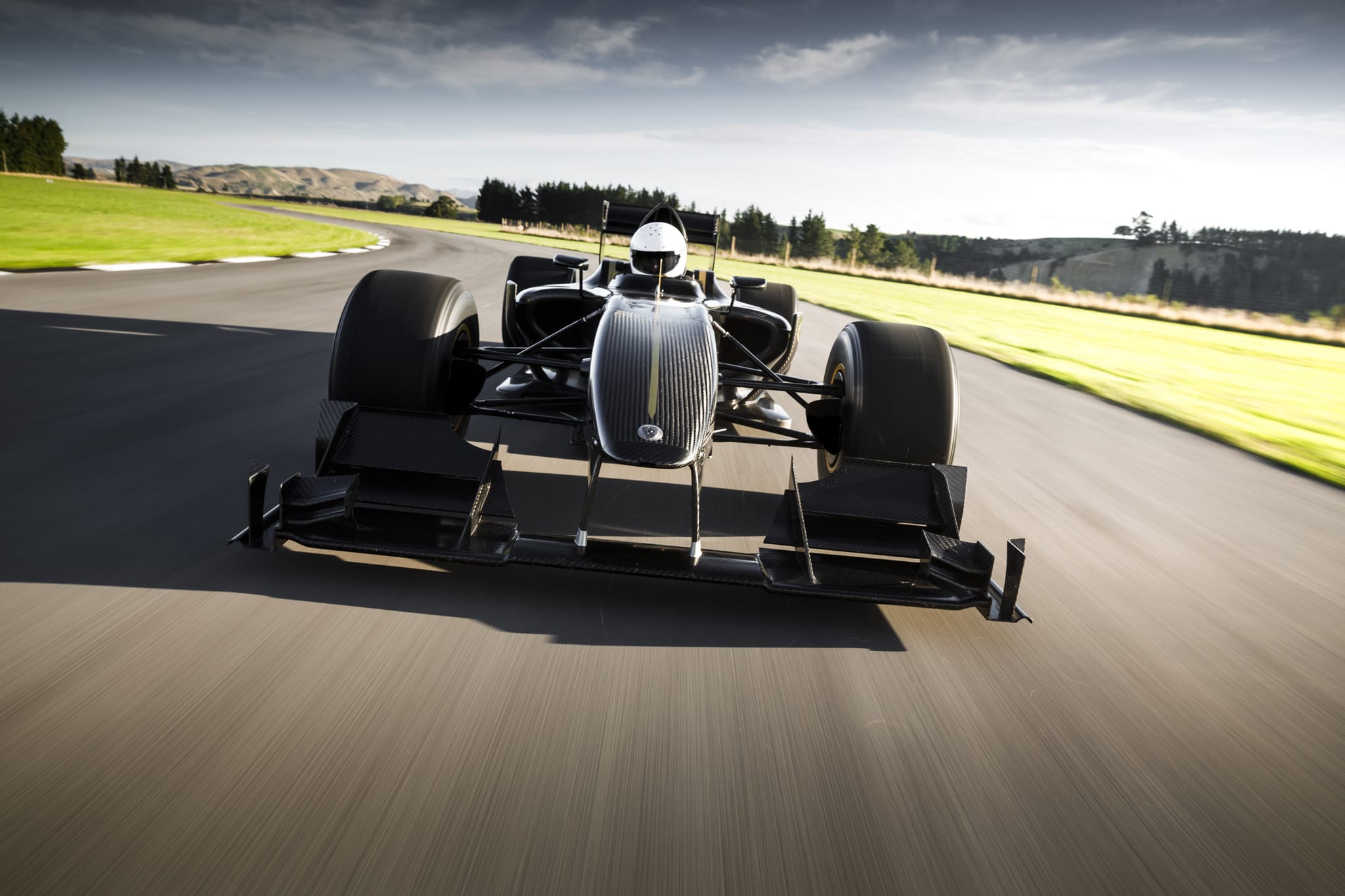 THIS ONE-SEAT, 675 DREAM MACHINE GIVES YOU A FORMULA 1 DRIVING EXPERIENCE

We put the open-wheel speedster to the test on a private racetrack in New Zealand.

Normally, only a fortunate few get to experience a Formula 1 machine, but New Zealand–based Rodin Cars is trying to change that. All that’s required, besides a trip to the island nation, are nerves of steel and some very good earplugs.

Rodin is the brainchild of Australian entrepreneur David Dicker, who named the company after the famed French sculptor as a tribute to the power of thought. Dicker and his team of engineers have developed the track-only, single-seat Fzed after buying sole rights to the defunct Lotus T125 project a few years back.

Unveiled in 2011, the open-wheel T125 was a bid by Lotus to build a vehicle that offered as close to an F1 experience as money could buy, but at a cost that was still substantially less than usual for keeping such a car on the track. A downturn in the global economy, however, resulted in the production of only a handful of examples before the British automaker let it go.

Now back as the Fzed, the car has been trimmed in weight, mainly due to ubiquitous titanium parts (like the exhaust and steering wheel) that are 3-D-printed at Rodin’s facilities. Power comes from a 3.8-liter Cosworth V-8 engine producing 675 hp and 9,600 rpm. But a near F1-spec composite car requires someplace suitable to drive it. Not surprisingly, Dicker has created two private racetracks set on 1,360 acres in New Zealand for that very purpose.

Serving as mentor for my three-day visit to the testing ground is Blancpain GT World racing driver Mark Williamson. Before anyone is allowed near the Fzed, they first have to prove their mettle in a McLaren 570S GT4 and Dallara F3 single-seater, respectively, during the first two days.

Already aching by the time I’m squeezed into the Dallara, I find the latter to be a horrid experience because, in all honesty, it’s a nightmare to steer. I start to question my track abilities, despite once piloting Damon Hill’s Arrows F1 missile and a rash of other automotive exotica. The other major problem is communication. The car is so noisy that I can barely hear Williamson’s go-faster instructions through my headset. As I soon realize, it’s all part of the prep.

Only on day three am I deemed ready to experience the Fzed. First, a seat fitting, then instructions on unconventional left-foot braking: Remember, this automobile is almost as fast as a 2011 F1 car and just as unforgiving.

As in the Dallara, I’m on my own in the Rodin, with Williamson gently coaxing me through the helmet. The car needs tons of revs to kangaroo forward, but too much right foot and it’s brutal. The Ricardo six-speed sequential gearbox takes no prisoners, causing most people to stall. Instead, I’m hurtling toward a corner with Avon slicks and cold carbon brakes that require at least three laps to warm up.

Coming out of the first apex and onto the straight, I suddenly lose Williamson’s voice in my ear as the deafening roar of the Cosworth directly behind me kicks in. Not only that, the vibration is worse than sticking my head inside Metallica’s speaker stack. The downforce created by all of the aerodynamic considerations keeps the Fzed planted firmly on the track; it’s just my lack of ability and the overwhelming cacophony that are holding me back.

Driving with feet on both pedals is not intuitive, and I find myself occasionally braking out of a corner. If I back off the power, the downforce disappears in an instant. This projectile is absolutely ballistic and way beyond my skill set. Nothing I’ve driven has truly readied me for this experience—and that’s the idea.

Rodin hopes to sell its stock of Fzeds to track enthusiasts who want one of the fastest contestants on the grid, able to reach 100 mph in 5 seconds and cover more than 3,000 miles—on premium fuel found at gas stations—before the engine needs a rebuild. Compare that to a conventional F1 engine, which requires an immensely expensive overhaul after roughly 620 miles, and it’s clear that Rodin’s $650,000 offering opens the door to F1-level thrills for a fraction of the price.

As for Dicker, he’s now focusing on his latest concept, the Fzero, a closed-cockpit racer with 1,000 hp from a Rodin-designed 4.0-liter V-10. It’s set to cost in the neighborhood of $1 million and aims to outpace the new generation of F1 cars due in 2021. And even though there’s a street-legal version planned, my guess is that earplugs will come as standard. 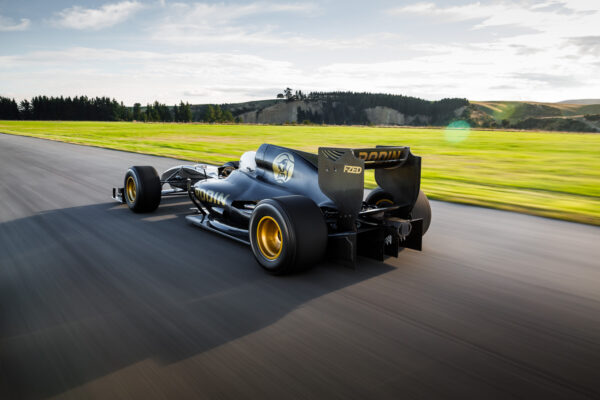 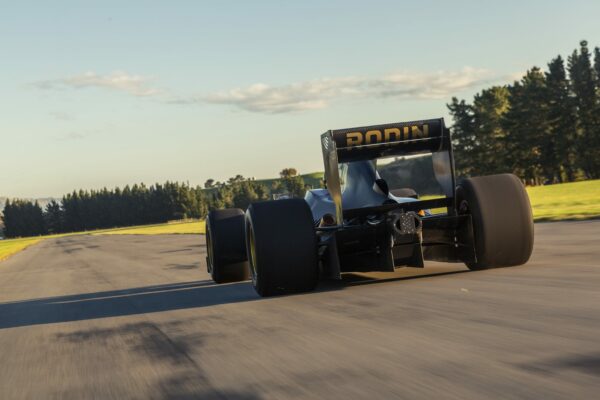