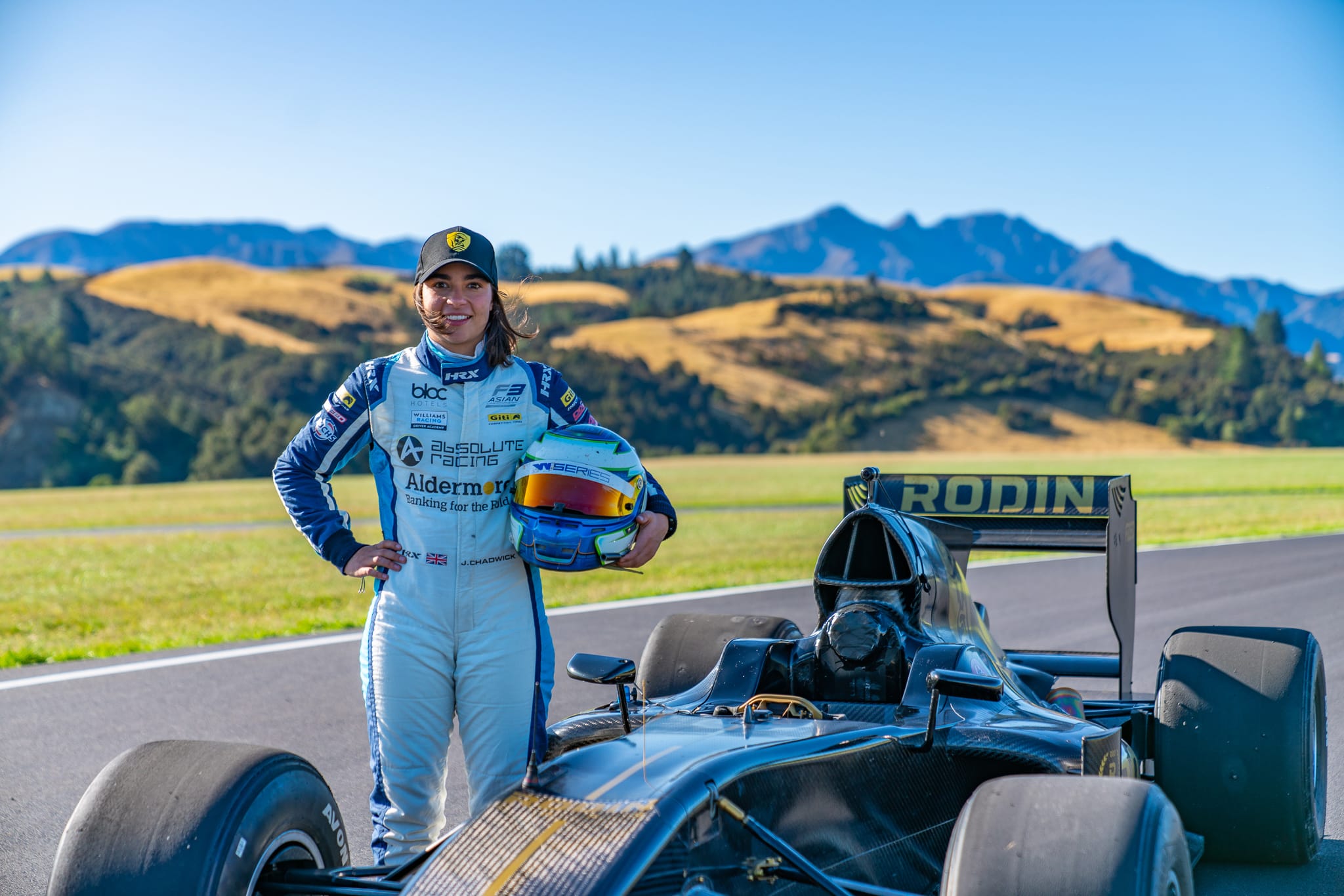 HOW INFLIGHT ENTERTAINMENT LED TO A RODIN DRIVE AND SPONSORSHIP

HOW INFLIGHT ENTERTAINMENT LED TO A RODIN DRIVE AND SPONSORSHIP

Reigning W Series champion, Jamie Chadwick, has Emirates Airline’s inflight entertainment to thank for her recent partnership with David Dicker and his company, Rodin Cars. On an Emirates flight Dicker caught a W series race in 2019 and Chadwick’s performance impressed him. That led to Dicker following Chadwick’s progress in the 2019-2020 Asian F3 series, leading to an invite to New Zealand to drive the FZed, which led to a long-term sponsorship deal.

“It was amazing. A racing driver’s dream,” Chadwick told Autoweek, “I really enjoyed working with David and working with the team to try to progress the FZed. There is so much potential with it and it was really fun to be able to do that.“

In addition to continuing her pursuit of progressing in junior series and simulator work for the Williams F1 team, Chadwick now has the role of Rodin development driver, including the upcoming FZero, which Dicker aims to lap a racetrack faster than an F1 car. There’s also continual development of the FZed, from the Lotus T125 platform.

“The engineers are all really young and keen to develop the car,” Chadwick told us. “To have that like-mindedness between us all was a really good thing. And for the four or five days I was there working with them meant we could make so much progress with them. I really hit it off with them.”

Plans for Chadwick to continue to develop the car in the spring and summer 2020 hit a COVID-19 sized stumbling block, but in those few days, a lot of good groundwork was laid. The young Briton made a few small changes to the steering wheel to improve driver comfort in the FZed and worked to improve both the brakes and tires.

“The main thing with a car like that is optimizing the aero,” Chadwick explains. “But you cannot optimize the aero, the downforce, or even the power of the car if you don’t have the tires or the brakes in the right operating window. And with temperatures changing a lot and the lack of sensors on the car, it’s quite difficult to get it into the right window.”

Chadwick continued, “I wanted to make sure we can find an easy way to get the brakes up to temperature properly because the carbon brakes aren’t easy to feel or learn. So add some sensors and work on that, which David has already been doing.”

And Chadwick wants soft, better gripping rubber on the car. “The limitation of the car is on the tires and the brakes,” Chadwick said. “Working on getting those into the right performance window. With softer tires, the car would certainly go more quickly.”

But please don’t mistake any of her development work as an indicator of lack of enjoyment. Despite our very different racing backgrounds and successes, a key difference being that she has racing successes, Chadwick and I both agreed the FZed is mega.

“I was super impressed with it,” Chadwick said. “I drove the F3 car, the GP2 car and then the FZed. I was so impressed by the level up of the FZed in comparison to the other two. It’s the ultimate track car for anyone. It’s easy enough to drive, but also you can also push it to the limit and feel that you’re driving something really really fast. I loved every minute of it.”

Pretty incredible, isn’t it? In 2018, next to no one knew who Jamie Chadwick was. And then she goes on to win the inaugural championship of what some considered a controversial racing program with the W Series and now she’s well sponsored with an international following.

And Chadwick herself was a touch skeptical about it at first, “I was one of those people that wasn’t sure there was a place for it in motorsport. I’d gone about my whole career racing in a mixed field. It didn’t seem like something that was necessary. But having met a lot of the people involved and as I learned more about the concept, I realized it was a good thing and a positive thing for women in motorsport.”

All this proves the W Series serves its purpose precisely as its intended, to give women in Motorsport a chance to shine in front of a bigger spotlight. And that will increase over time. In 2019, the W Series raced with DTM. For 2021, the series will race with Formula 1. And, again, Chadwick’s chances of one day racing in the main event improved as a direct result of the W series.

“The sport requires a lot more than just driving the car quickly, sadly,” Chadwick said. “You need a lot of support and backing to get anywhere in the sport. And to get to the top, you really need that support. And if no one knows who you are, or you’re not getting the exposure, then it’s even harder to get that backing. What W series really did was give me and the other drivers a pedestal to generate that kind of interest and, off the back of that, got more women to the forefront of motorsport.”

Chadwick now competes in the Formula Regional European Championship, another F3 level series, with the Prema Racing team. And her car is adorned with the Rodin logo, a line image of The Thinker, towards the back of her race car’s nose. It’s her next step up the Formula 1 ladder.

“For me, it’s just about performing and doing everything I can do at every level to justify progressing,” Chadwick said. “Now, with the support of David and Rodin, things are looking a lot more positive for me, and my career. I just need to keep doing the job I’m doing and get some better results. And we can progress towards Formula 1.”

If things progress the way both Chadwick and David Dicker hope, she will be the first Formula 1 driver in history to race in the sport after having helped develop a track car that’s even quicker.